Board of Advisory Trustees 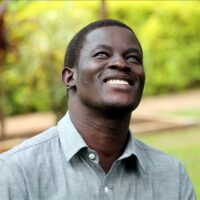 Mr. Victor Ochen is the Founder and Executive Director for African Youth Initiative Network (AYINET). Born in northern Uganda, he spent 21 years of his childhood as a refugee in the camps, where he survived on one meal-a-day for over 7 years. He grew up amidst violent conflict that displaced over 3 million people, where 60,000+ children were abducted and forcefully recruited as child-soldiers, including his own brother. His organisation has so far provided reconstructive medical repair to over 21,000 war victims of rape, mutilation, gun shots). Challenged by the hardships of war and poverty, while living in the camps at the age of 13 years, Ochen formed a Peace Club and bravely led the anti-child soldiers’ recruitment campaign amidst the war in northern Uganda. He grew up to become one of the most important figures in Africa, a key reference when it comes to struggle for human rights and justice, a product of resilience, a personification of struggle. He is a lead example on tolerance and nonviolence activism; who is creatively working to address the root cause of conflict in Africa. Forbes Magazines named Ochen in 2015 as one of the 10 most powerful men in Africa, while Archbishop Desmond Tutu attested that “my heart swells with joy to see Ochen as one of the new hope for Africa”. He is the first Uganda and the youngest ever African nominated for Nobel Peace Prize 2015. Ochen is the YGL and has received several awards including Elyse Treaty in 2016; Pan-Commonwealth Youth Workers 2015, Mundo Negro Award 2016; all recognizing his service to poor people and his inspirational leadership for peace in Africa. He is the UN Goodwill Ambassador for Peace and Justice promoting SDG Goal16. Mr. Ochen is a member of the Global Advisory Group to the UNHCR on Gender, Forced Displacement and Protection. 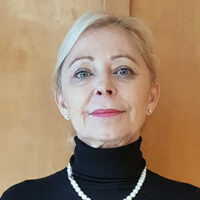 Dr. Donatella Marazziti, MD, is recognized as an expert in neurobiology and the treatment of different psychiatric disorders. She has a degree in Medicine and Surgery and specialties in Psychiatry and in Biochemistry. She teaches psychiatry, neurobiology and psychology at the Univerities of Pisa and Rome. She is amongst the ten most influential Italian Psychiatrists and has authored more than 600 papers and 15 books. She works on creation of common awarenes around climate change, pollution, pandemics and impact terrorism etc. on people’s mental health. She promotes the development of knowledge, skills, understanding, values and actions which are strong requirements to create a sustainable world, which ensures environmental protection and conservation, promotes social equity and encourages economic sustainability. She has a deep conviction that a better future is possible everywhere through better education carrying human, ethics and ecological values. She is the editor of the book “Clinical Psychopharmacology” that represents the Italian and international guidelines of the treatment of psychiatric disorders. She is in the editorial board of different scientific journals and serves as referee of scientific papers and of grants of foreign societies and governments. She is holder of different institutional grants and member of the World Psychiatric Association group for obsessive-compulsive disorder. She is the scientific director of the Brain Research Foundation Onlus, Lucca. She was the first scientist to demonstrate a relationship between the early phase of romantic love and the serotonin system, while paving the road to the neurobiological investigation of this unique human feeling. 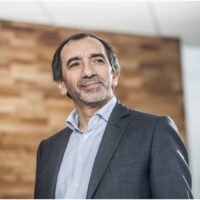 Mr Santoro started his entrepreneurial experience on 2002, by co-creating Freemind, an IT-innovative company based in Belgium and Italy. During 19 years he was Freemind’s CEO. The company activities started in the domain of “Intelligent Buildings” by developing an innovative software platform fully web-based for Smart Building Management Solutions used mainly for large buildings and industrial sites. Over the years Freemind diversified in different domain, such as IT Consulting and Energy Management with the Energis product. Since June 2017, Mr. Santoro and other founders created a new company, Energis SA/NV fully focused on Energis, a innovative Smart Energy Collaborative Platform, having ONE goal: Enable Rational Use of Energy. Energis platform is designed for energy experts and conceived to have a unique user experience for end users. Mr. Santoro is a Software Engineer graduated at University of Salerno in Italy. He worked for several years in Italy in the Alcatel group to develop software solutions for Operations Control Rooms for large telecommunication networks. In 1997 he followed Brussel’s based Solvay Business School, for a Business Administration master. In 2003 he followed Brussel’s based Solvay Business School, for a Real Estate master.